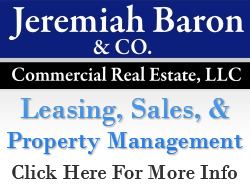 Founded in 1939, Jack Lupo Realty Company was established in Brooklyn New York. In 1970 the company relocated to Boca Raton Florida. Jack Lupo Realty was continually ranked among the top 20 Commercial Real Estate Brokerage Companies in South Florida, and has been consistently recognized by South Florida Business Journal and Co-Star.

Originally based in Boca Raton Florida, Commercial Real Estate, LLC relocated its primary office to Vero Beach Florida in early 2010 under the direction of Jack Lupo. In addition to Commercial Real Estate, Jack Lupo manages Lupo Investments which has assembled a diverse portfolio of single tenant properties in the southeast region of the United States.

Mr. Lupo oversees acquisitions for Lupo Investments as well as the development of single tenant properties and brokerage of single tenant properties for privately held partnerships and investment clients throughout the United States. Additionally, Mr. Lupo was involved in the design, development and construction of the national prototypes of both the first Tire Kingdom and Mattress Giant Stores located in Boca Raton Florida.

In late 2010 Jack Lupo partnered with Jeremiah Baron to form Commercial Real Estate, LLC Baron Lupo & Co. In 2014 Jack Lupo retired from active management in the firm and sold his portion of the business to Jeremiah Baron. He still is available to consult on large projects with the firm.

Jeremiah Baron has specialized in the Treasure Coast and Palm Beach Commercial Real Estate markets for over a decade while closing over 100 million dollars in real estate transactions, some of the more notable transactions have been the sale of the 80,000 square foot Cedar Point Plaza for $7,450,000, Treasure Coast Shoppe’s for $4,550,000 and the 82,000 square foot Plantation Plaza in Stuart for $6,000,000.00.